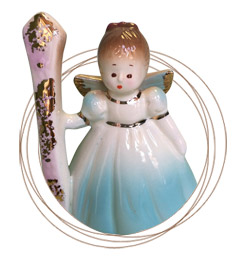 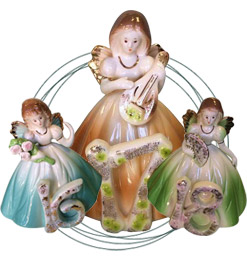 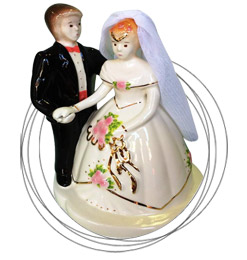 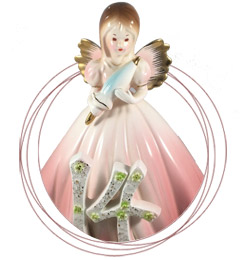 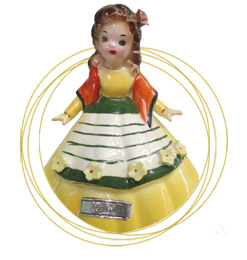 I love the Josef figurines since I began collecting them for my niece when she was born. She now looks forward to them on her birthday every year. That alone makes my review of Josef excellent!

My 8 year granddaughter looks forward to receiving her birthday doll every year. This year she said this one was the prettiest one ever. Pam is awesome and I have been ordering dolls from her since 2000.

Great Gift for my Granddaughters

This completes my second set for my granddaughters. One is Eighteen and the other Twelve. Both know what my gift is and they always make it special when unwrapping. Each always make a place for the new doll.

My Mother-In-Law loves me!

I ordered this set for my Mother-In-Law, who has collected Josef dolls for decades. She was so surprised and call me immediately when they arrived. She could not believe I found them let alone a set she had never seen.

Our daughter has been receiving a doll since her birth. They are packed super well and not one has been damaged. The attention to detail on the dolls and the new"gift" they are holding every year is especially touching.

I was given these dolls as a child, but my collection started with #9 and I was missing the younger years. I am passing them down to my niece now. I always looked forward to getting my age doll each year, and I like passing on the tradition.

Josef Originals Birthday Dolls first originated in the mid to late-1940's as Muriel Joseph George designed these creative dolls during the end of World War II. Muriel began designing these dolls to express her love for children, families, animals, and more. Her first designs were produced between 1945 and 1962 in California before moving the manufacture of the dolls to Japan for economic reasons.

In 1982, Muriel entered retirement and sold the company to then partner, George Good. Production of Joseph Dolls continued between 1982 and 1985 before the sale of the company to Southland Corporation » Read More

Girl with a Puppy